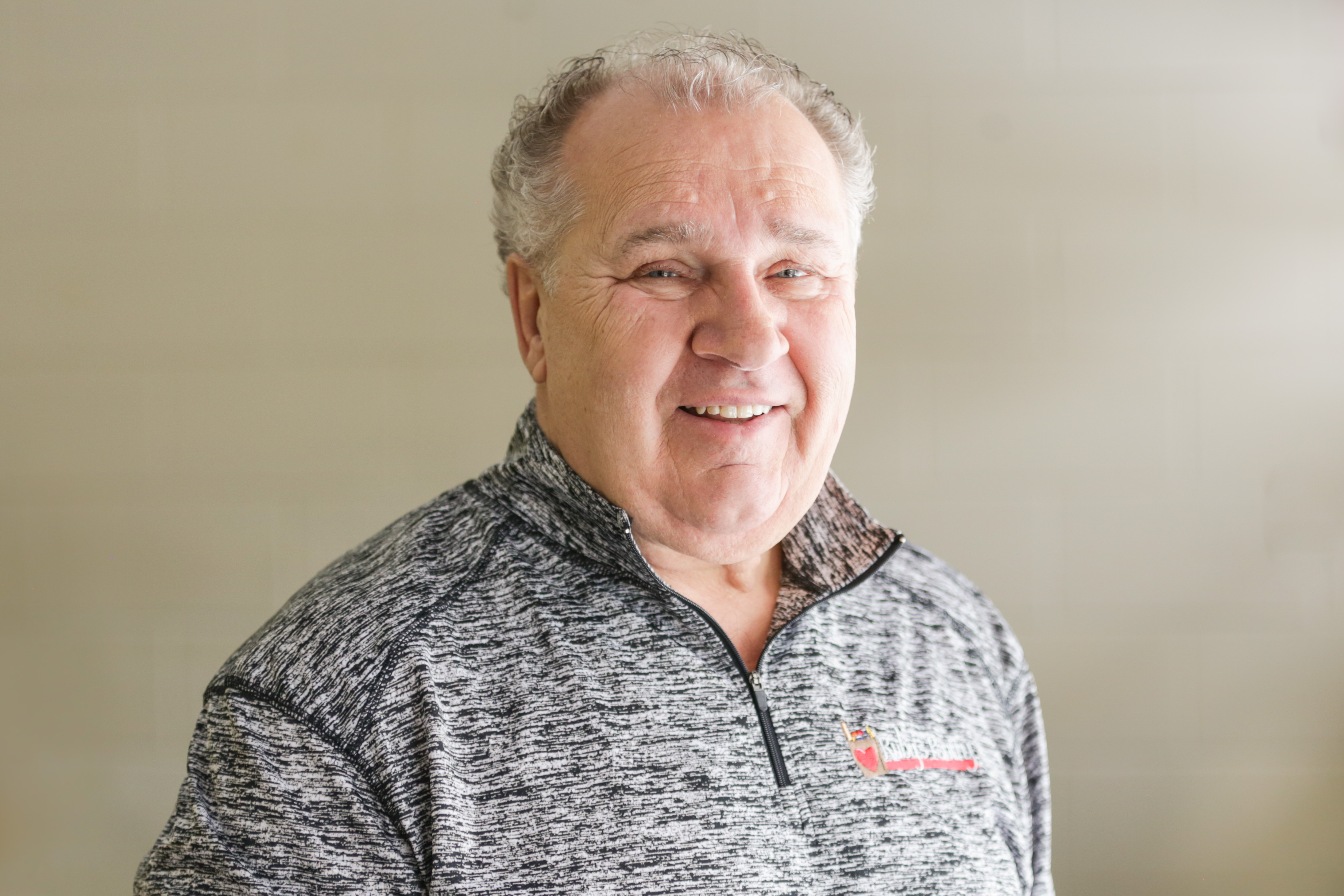 Lyn Sahr always tells everyone that he was born in St Paul but that was so he could be near his mother. He was born in St Paul, MN in an unwed mothers’ home at William Booth Memorial Hospital, a Salvation Army facility. He suffered immensely with the Asiatic Flu and required a complete blood transfusion while in the hospital. After several days, he was able to go to his grandmother’s house in Siren, WI. His mother worked in the Twin Cities and later in Chicago. For the first seven years of his life, he lived with his grandparents and attended a small country church five times a week. When he was seven, his mother remarried and Lyn lived with his mother and stepfather until he graduated from high school.  As he became an adult, he was amazed at how much he had learned from attending church as a child.

In high school, Lyn was not a great student but he could have been. He just wasn’t motivated, and he was quite unhappy with his home life. So, he poured his life into athletics and was quite successful at it. He played football, basketball and baseball and these teams enjoyed good success. He was honorable mention on the All-State football team as a running back in the state of Minnesota.

Following graduation from high school, Lyn married a woman that he had been dating for two years. During the early years of their marriage, Lyn went to vocational school to be a Mechanical Draftsman. He never did get a job as a draftsman because he was earning more money in sales during the time working while he was in school. Soon they started having children and together they have four daughters and eight grandchildren.

In the following years, Lyn began a career in the pastoral ministry and pastored for 25 years. He pastored six small churches that were dying, where he went in and rebuilt the congregations. Half of those churches are still open today and doing well. The other half deteriorated and were closed. During this time, Lyn was pastoring a church, conducting mission trips to Mexico four to five times each year and just living life! They were receiving toys from three organizations in Minneapolis to take to Mexico. One day the director of one of those ministries called and told Lyn that they were no longer going to be part of the organization and they needed to get the toys directly from the organization they were getting them from. Lyn went to work to set up the non-profit corporation. After 7 months, all was in order and they were ready to go down to Minneapolis and pick up toys.  However, on the first pickup they were surprised to have their pickup filled full of food! They brought the food home and started giving it away. That was 2003 and Ruby’s Pantry was born.

There is so much to tell about the history of Ruby’s Pantry.  Someday Lyn hopes to capture all of the rich history in a book.  In the early years of Ruby’s Pantry, it was mostly a struggle as they never knew from one day to the next what was going to happen. The organization was given a cube van, a 20 foot used truck and a 24 foot used truck. After the first seven weeks a man came to Lyn and asked, “What do you call this? It needs a name.” Lyn answered, “I guess we will call it Ruby’s Pantry.” Ruby was Lyn’s grandmother - a very Godly woman who had instilled within him the value of God in his life.

Shortly thereafter Ruby’s Pantry purchased a new building in North Branch, Minnesota. Lyn looked at the building that they wanted $600,000 for, but he had no money and it was not possible. A few weeks later he stopped at the realtor’s office and the owner of the building was there and said to Lyn, “You should buy my building!” Lyn answered and said, I will buy your building for $185,000 and a tax receipt for the difference.” The owner laughed, and Lyn said, “You shouldn’t laugh. You should call your CPA.” The meeting was over, and Lyn couldn’t believe he said such a thing. To much of Lyn’s surprise, the owner called back about two weeks later and said he could make it happen for $215,000 and Ruby’s Pantry became a landowner.

When Ruby’s Pantry started out there were a number of great volunteers and truck drivers. There was no money and some of the drivers would put fuel in the trucks and pay for it themselves. We were truly blessed by these people.

One day an old friend from Branson, Missouri stopped to see Lyn and said he was going to sell his semi-tractor and told Lyn he should buy it for $18,000. Lyn said yes because they had just received a miraculous gift of $25,000 from Con Agra. Lyn’s daughter was working in the office and she called Lyn and said that Con Agra had called and said they had a check for us for $25,000. So I called them and they came up a couple of days later with the check. We had no idea how this had happened and so I told them I had no idea how we are awarded this money. The lady said, “Our employees applied for it for you!”

Shortly thereafter we started doing food distributions for a couple of other towns. One was 50 miles north of Ruby’s Pantry and another about 20 miles south. Then Friday came, the day before the first distribution for both of these sites BUT Ruby’s had no food, not even a slice of bread. Lyn came to the office early and called everyone he knew of to try to get food that day. NO ONE HAD ANY FOOD.  At just 10:00 am, he walked from the office back into the empty warehouse and said, “God you have a big problem. I never even thought about doing anything like this and this was your idea, not mine. So tomorrow I will go to both of these distributions and tell them the truth, YOU DID NOT PROVIDE!” Lyn walked back in the office and sat on a chair. In about 10 minute the phone started ringing from companies who had food. Food was hauled until 8:00 pm that evening and Ruby’s Pantry has never looked back and has never run out of food again. We recognize that God is in control and we give Him all the credit for Ruby’s Pantry’s success.

Today Ruby’s Pantry has grown significantly. In 2019 we have 70 employees, serve approximately 24,000 families (about 60,000 individuals) Our Facebook page has nearly 26,000 followers. We own 18 semi tractors, 25 refrigerated trailers, 9 buildings – all to serve our currently 80 monthly Pop-Up Pantry locations that are sponsored all by churches. When God says yes and we get up every day looking for His blessings He is always there for all of us. Praise the Lord.